World Penguin Day is celebrated annually on the 25th April. The date is significant in that it roughly coincides with the start of the northern migration of Adelie Penguins. There are 17-20 recognised penguin species (it varies depending on different authorities division of subspecies), whose habitats can be found distributed across all the southern hemisphere continents.

Most penguins are monogamous, however some, such as the Emperor Penguin are serially monogamous meaning they have the same partner for a season rather than for life.

Considered marine birds, penguins live up to 80 percent of their lives in the ocean. However, groups of penguins, known as colonies, head on to land to nest. Nesting colonies can consist of a few hundred penguins to hundreds of thousands of penguins. Each penguin has a distinct call so that a pair can locate each other in a crowd. They lay up to 2 eggs per mating season, although Emperor and King Penguins just lay one egg per season.

All penguin species generally live in remote regions. However, it is a common mistake that they all live in Antartica. They can in fact be found on every continent in the Southern Hemisphere.

Eight species do live in Antarctica and its nearby islands and archipelagos. Of those eight, the Adelie and Emperor Penguins are the only two species that live exclusively on the Antarctic continent.

It is also a myth that penguins can only live in cold climates. The Galapagos Penguin, for example, lives on tropical islands near the equator.

Penguins have eyesight that is adapted to see clearly in and out of water. They also have binocular vision, meaning they can focus on a single object with both eyes, creating a single image in the same way humans can.

Penguins are carnivores. They eat krill (shrimp like crustacean), squid and fish which they catch and eat while swimming.

The Emperor Penguin is the largest, with adults on average being just over 1m tall and weighing around 35kg. The smallest penguin species is the Little Blue Penguin, also known as the Fairy Penguin, which stands around 33 cm tall and weighs around 1kg.

The lifespan of a penguin varies depending upon the species. Magellanic penguins can live up to 30 years, which is the longest lifespan of any of the penguin species. Whereas the Little Blue Penguins have the shortest lifespan of up to 6 years.

Not all penguins migrate. Those that live in more temperate climate remain in their habitat all year round. In general, those that live further from the south pole have less need to migrate during winter months.

The reason certain penguins migrate is related to changes in temperature. During the colder winter months their food, such as krill, becomes scarce, so some species move north to regions where it is more abundant.

Other species need to travel because the ice and snow begin to cover both water and land, making the Antarctic habitat a difficult place to survive during the winter. The Emperor Penguin is the exception in this case, battling out the extreme cold winter months within huddled colonies.

Of the 17-20 species of penguin, 10 are currently listed as vulnerable or endangered on the IUCN’s red list. They are threatened by climate change resulting in loss of habitat, and other factors such as fishing nets, marine waste and oil spills. If you would like to find out more on how to help endangered penguins please visit our Adopt a Penguin page. 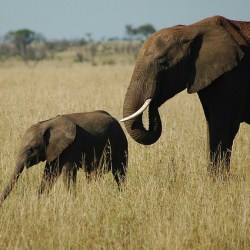 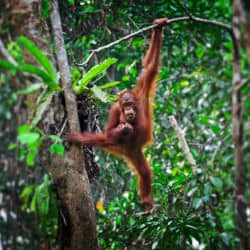 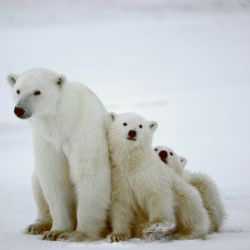 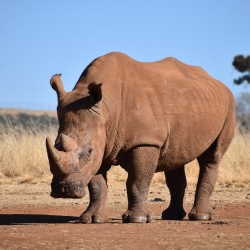