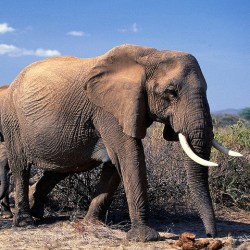 Up until a recent study, getting an accurate overall population assessment for African Elephants was misleading. Population increases in southern Africa, masked a decline in other parts of the continent.

Recently African elephants were reviewed for the IUCN by a team of scientists at over 400 sites across Africa. The sites spanned over 50 years of conservation efforts.

The results showed that the number of African Savannah elephants (the largest subspecies of elephant) have declined by 60% since 1990. Forest elephants, which the IUCN is now treating as a separate species, have declined by over 80%.

Based on that analysis the IUCN has now changed the status from vulnerable to endangered for Savannah, and critically endangered for Forest elephants. Treating Forest elephants as their own species reveals how critical their decline is. They are very slow to reproduce, so even if adequately protected their recovery will take decades.

Decline from hunting and poaching

It is well documented that over hunting for ivory in the second half of the 20th Century saw a massive decline in African elephant population numbers. Poaching and hunting decreased the population, but in addition, conversion of forests and grassland to agricultural land reduced the elephants range. Habitat loss brings elephants and people closer together which results in human / elephant conflict and only furthers their decline in numbers.

In recent years there have been international efforts to reduce the illegal ivory trade. China banned its domestic ivory trade in 2017. At the same time poaching declined across Africa. Forest elephants in Gabon saw a reduction of 80% between 2004 and 2014, but their numbers have now stabilised due to reduced poaching and government investment in conservation.

Continual support in elephant conservation is required. The IUCN downgrading of their vulnerability status should highlight further effort is required.

Elephants are hugely important for Africa’s biodiversity. For example, forest elephants play an important role in climate change by enhancing carbon storage in central African forests. The elephants assist with spreading the seeds and thinning out the smaller trees to make room for larger trees to grow and thrive.

Elephants form the backbone of wildlife based economy in Africa. Reversing their decline is of global importance.

If you would like to find more on supporting elephant conservation please visit our Adopt an Elephant page. 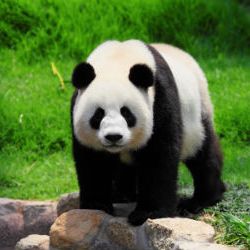 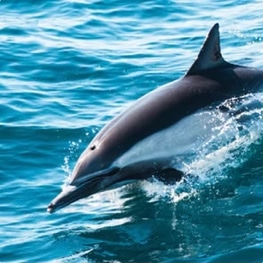 Dolphins And Humans Have Similar Personalities 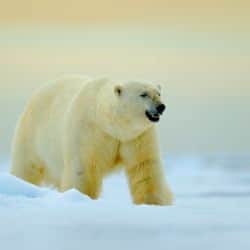 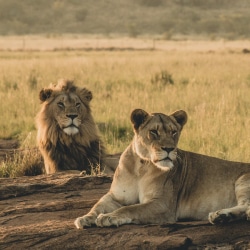